The Scottish house with a different source of heating 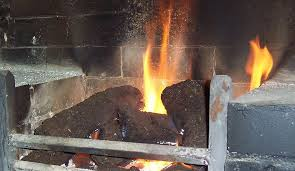 Surviving in the Highlands and Islands of Scotland is a trick task at the best of times. The Northern latitudes and it’s distance from the Gulf stream mean that in the winter the Highlands drop to very low temperatures and the Islands are battered by storms from the North Atlantic and North Sea. Nevertheless the land sustained numerous clans of people. What ways did they adapt to live in this harsh environment? 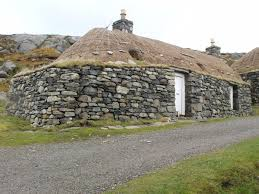 One thing they did not have was central heating. If they could afford one they would have had one and if you have issues with that then a Boiler Finance Gloucester  company can help you. Instead the Highland and Islanders came up with the Blackhouse. In many respects it is like an eco pod. Fortunately the stone around the area is easy to cut and shape. Using a system that was similar to Cotswold dry stone walling they built a large living section with a smaller barn area adjacent and linked. The animals, mainly sheep and the Highland Cow, would act as a somewhat smelly shared heat source. They needed to come in and be protected from the cold as well. The roof was grass thatch and driftwood from the beach.

For a fuel source they had peat. Peat is a hard damp soil that can be cut into slabs and bricks and then dried. Once this is done it can be burnt. It is very smokey but this is an advantage as the sticky smoke would seal the roof from rain.