How the Middle Ages gave us the Mortgage 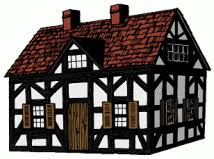 The Middle ages roughly date from the end of the Dark ages to the 15th Century. We like to think of it in somewhat romantic terms of Castle’s, Knights and Damsels in distress. It was, in fact, a time of disease, religious intolerance, a life spent toiling in fields for a Baron and then having to toil on your own small piece of allotted land. It could be brutal and harsh. The Feudal system, along with the strength of Christianity, rose from the ashes of the Roman Empire to establish the social order that we still feel today. This social stratigraphy starts with the King at the top as the absolute monarch, there by the grace of God and Divine right. Everyone is below them and they know their place. 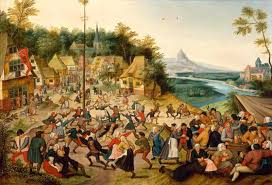 The majority of people in the Middle Ages were poor and dirty. Slowly over time they developed a group in the middle of society that began to make a trade or financial skill. They were to become what we would call the middle class.

They wanted their own home but needed money to pay for the building. They asked for a loan from those above but the figure was so huge it would last them a lifetime. This was the first type of Mortgage or Dead pledge as a direct translation. They did not need a House survey then but you can reduce the House survey cost by clicking the link.