Ever since the dawn of man, farming has been an essential activity to provide food for people across the world. Without agriculture, there would be no mass production of food for all the people on earth. Here are some world records to celebrate farming:

Vertical Farming – As agriculture takes up vast swathes of land, one solution is vertical farming. The very first farm to this commercially is Sky Green Farms in Singapore. Opened in 2012, the site has 120 9m towers that can produce up to 500kg of vegetables daily. 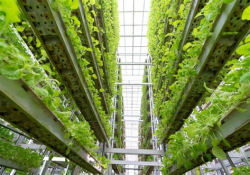 Oldest Farm Worker – This world record belongs to Ike Weitz from California. Born in 1908, in 1998 he was still harvesting Alfalfa hay on Wayne Arnold Farms in California! Now that’s some dedication!

Biggest Prison Farm – Yes, even inmates can grow food! The Louisiana State Penitentiary is a maximum security prison. By 2020, it held almost 5.5k prisoners and sits on a 28 square mile area of farmland to be worked.

Most Sugarcane Cut In 8 Hours – This record has been held since 1961 when Roy Wallace in Australia managed to cut a whopping 50 tonnes of sugarcane in 8 hours.