The Beatles ended on a rooftop. 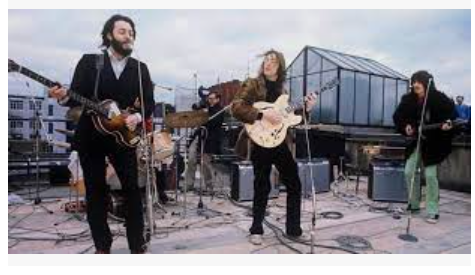 The Beatles ended their music career in 1970. From a band formed in the early 1960s that came to define a decade and a cultural change and movement in Britain, it seemed appropriate that they should stop then. There have been many theories as to why they call it a day. Many have put the blame on Yoko Ono, John Lennon’s girlfriend, however, if you look closely it was clear that the band’s time was coming to an end. Paul McCartney and John Lennon were looking to work on other projects and were keeping away from each other whilst George Harrison was becoming increasingly irritated at being marginalised and his songs ignored. As for Ringo, being in the middle, it was an impossible situation and he too was considering his position. 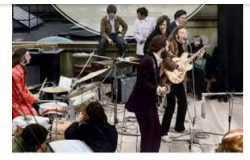 The last album was ‘Let It Be’. It is noticeable as it was released about a month after they had officially broken up, it serves as a reminder of the bands creativity and friendship and that although it was on the rocks their relationship seemed to endure. The album contains some of their greatest songs such as the Album’s title track ‘Let It Be’,and the song ‘Get Back’.

This was famously performed on the roof of Abbey Studios with the joke being at the end of the song that Lennon thanked the audience and hoped they’d passed the audition! A full on band with all its followers and equipment would have been a considerable weight and the owners might have thought about getting some Hereford Roofers like R Richards and sons in to check it was still intact after that incredible performance.