A timeline of couriers

In order to get messages or products from A to B, we have always relied on trustworthy people, from deliveries on foot in Ancient Greece to the emergence of multinational corporations like UPS. For a long time, contact and transport have been a central part of human society. Here’s a fascinating account of the history of the courier sector and the ancient equivalents of the Same Day Courier Camberley services that UKTDL offer today. 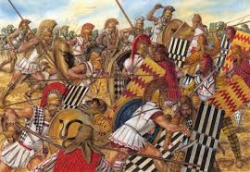 In ancient Greece, couriers were important, and the very idea of a marathon derives from the 26 miles a courier ran from Marathon, Greece, to Athens to celebrate and carry news of the Greek victory in the Greco-Persian war.

Under the Romans and Greeks, the most common methods of moving goods between places were the horse and chariot. In those days, becoming a courier was a prestigious occupation, and couriers were paid by the crown to deliver their parcels in the Middle Ages. 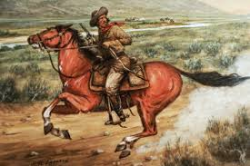 Official courier firms did not come to life in the U.S. until the mid-19th century. In 1852, the very first courier company started and was set up by Wells Fargo. It wasn’t especially successful, timely or reliable, of course.

The Pony Express revolutionised the package delivery industry. This was a postal service working at the time of the California Gold Rush and the beginning of the American Civil War. The Pony Express dramatically increased post and parcel delivery speed and reliability from the east to the west coast, with couriers doing this huge journey on horseback in just 10 days.