What we did before the printing press 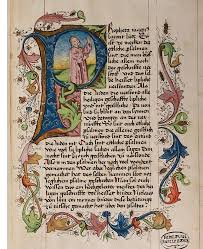 In our modern age mass printing is simple. You write a book or article and it is either sent digitally through a stream or, in a more traditional method, it is scanned and printed out by a computer. Before that it was printing press and before that a typesetter would arrange pages and pages of wooden blocks of text to which were then coated in ink. What did we do if a book was due to be published before that? Luckily we now have Printer leasing to take care of all our needs.

The renaissance inventor Guteburg creates the first press. This establishes the rediscovered Greek and Roman knowledge that had been thought lost. However if you had written a book or pamphlet before that then the chances of it making its way to the general public was virtually nil. Transferring ink to paper was done by a process of rubbing or brushing the ink on with limited success.

Before that it was even harder to get anything to print. The only way you could do it was to go to an official scribe or a monastery where a large team of monks would copy out the text for you. However, for the most part the Monks were only interested in getting copies of the bible, biographies of Saints and Bishops or the Pope down. Not only that. They would insist on someone adding huge amounts of gold leaf and colour illumination into it. The process could take several years!