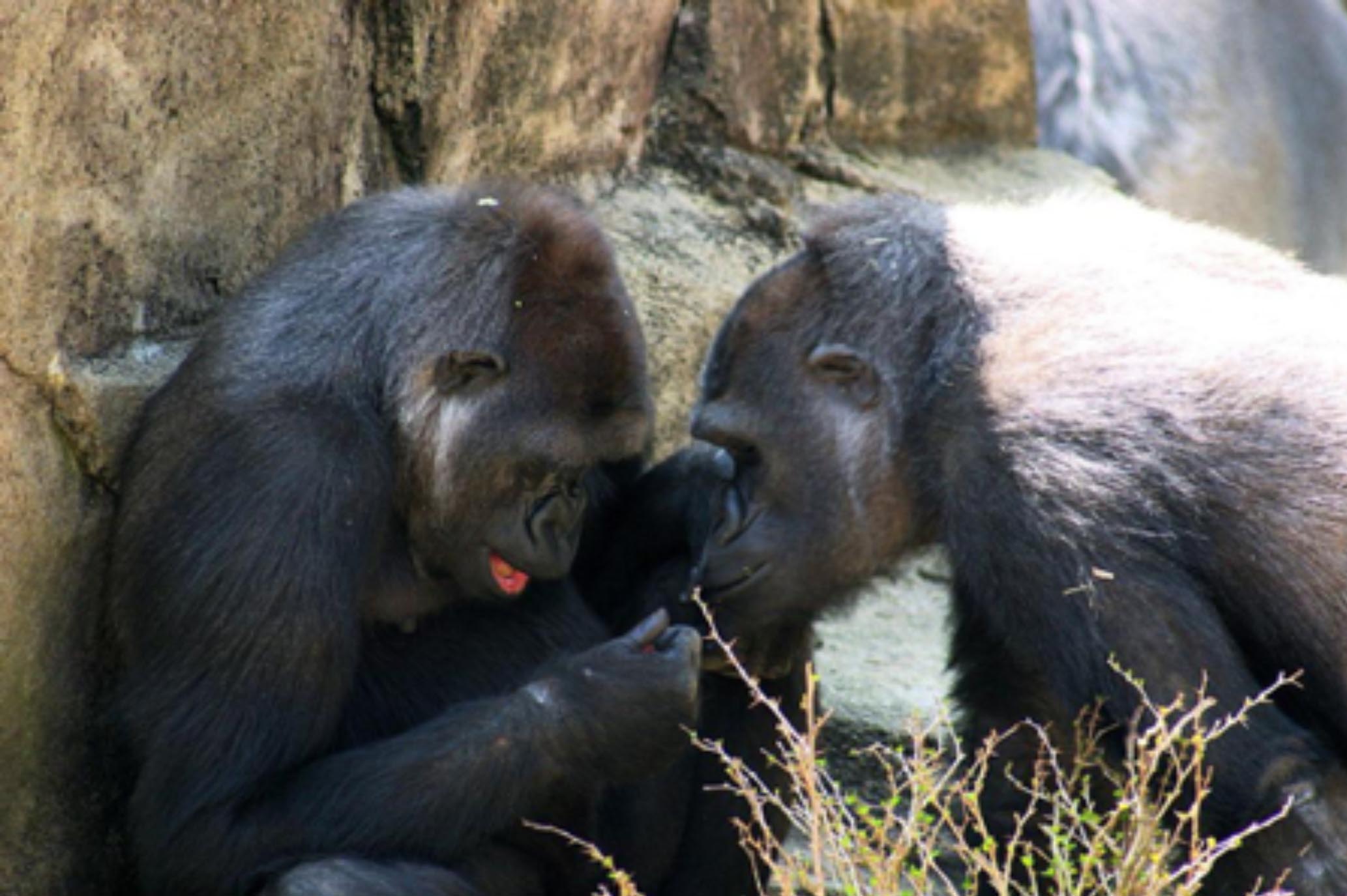 It might seem a little surprising, but gorillas have very structured, highly sophisticated family groups just as we do. Like humans, our close evolutionary neighbours don’t always have completely amicable relationships.

Territory is important, and so is status, so it’s all the more interesting to see rangers’ discoveries of gorilla families spending time together socially. Tight familial bonds can be credited with this, given the conflict that might normally be expected from having silverbacks from different family groups in the same area together with their females.

The structures lead to harmony instead, often with the trust and respect that humans might have with their own neighbouring families. Although it is still more common to see what we might consider as the “animal instinct” of a male feeling threatened by the presence of another male who might take his females or harm his young, harmonic relationships can be found amongst gorillas and have been witnessed by scientists studying their behaviour. One family group that is still going strong high up in the mountains of Rwanda is the Susa group, which was originally studied by Dian Fossey.

For more information on gorilla relationships, have a look at the Defenders of Wildlife or check out Science Daily to understand some of the quirks gorillas have in their relationships and hierarchies.

Watching gorillas in their natural habitat is still one of the most special sights in nature and one that only a few will ever have the fortune to experience. A gorilla trekking holiday is a real treat and a chance to see these beautiful creatures as nature intended. Groups are kept deliberately small.

Although you will walk at a relatively slow pace, gorillas do live in the mountains, so you can expect an incline – sometimes for several hours – and a general level of fitness will be required. Treks take place throughout the year, but the most popular dates are in the drier months of December to February and across the summer from June to September. Given the altitude, you should be prepared for rain at any time.