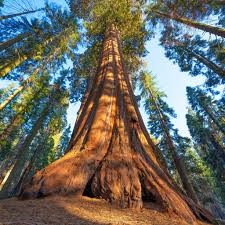 Humans have had a relationship with trees for thousands of years. Our earliest ancestors respected the trees, and they were intertwined into belief systems that still exist now. The ogham is an ancient language which is based on the native trees of the UK.

People also used the various woods from different trees for all sorts of useful things, from tools and weapons to buildings and boats.

Nowadays we are aware of the importance of the trees and their essential part in supporting all life on Earth. We also still use them as our ancestors did for building, such as these oak extensions https://www.timberpride.co.uk/oak-framed-extension/

The Zoroastrian Sarv – This cypress tree in Iran is believed to be around 4000 years old. Situated in the Yazd Province, the tree has witnessed many changes and stood since the earliest days of human civilisation. The tree is not only believed to be the oldest in Iran, but also likely to be the oldest living thing on the continent of Asia. It is a national monument in Iran. 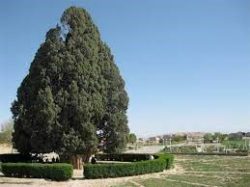 The Olive Tree of Vouves – If you are heading to the beautiful island of Crete on your holidays, be sure to go and look at this ancient tree. Its exact age is not known, but it is estimated to be approximately 3000 years old. Olive trees are hardy and resistant to many of the plagues which other trees are more vulnerable to, but this one is particularly ancient. Despite its old age the tree still produces olives!

Jomon Sugi –This cryptomeria tree on the island of Yakushima in Japan is believed to be 7000 years old. The island itself is a UNESCO world heritage site and it is home to many ancient trees, although this is the oldest and the biggest. Many people come to this beautiful island off the south coast to enjoy walking in the ancient forests and spending time with the trees.

General Sherman – In the Sequoia National Park, California you will find many mighty trees. However General Sherman is the largest of them all. This tree is believed to be around 2500 years old and by volume it is the largest tree in the world, standing tall at a huge 83.8 metres. The diameter of the tree is also impressive, measuring in at around 11 metres.

The Llangernyw Yew – This ancient tree can be found in a churchyard in the county of Conwy in North Wales. The Yew tree is known to be a particularly long-lived tree, which is why it is often associated with death and is found in graveyards in the UK. This tree pre-dates Christianity, which sows us that the churches were built around the already existing Yew trees, and this one was planted at some point in the Bronze age!