What is a Brise Soleil?

A Brise Soleil such as the ones available from https://alusystems.uk/ are a form of solar shading that uses horizontal and vertical blades from differing materials such as aluminium and wood to alter the amount of sunlight that enters a building. They are particularly useful for buildings that have a large amount of glass in them that become suntraps during the summer months. Employees can struggle in extremes of heat and it can even lead to heat exhaustion and staff members fainting from the sunlight exposure. 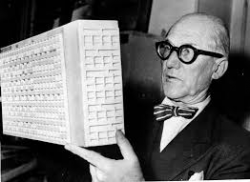 The name ‘Brise Soleil’ is derived from the French word meaning ‘sun breaker’ and essentially that is what they do. They break up the ability of the sun to shine directly into the building. The system was created by Charles Edouard Jeanneret who was a Swiss architect. He first used his system on buildings in the 1930s.

More and more modern buildings are incorporating these into their design works and some have even made them a feature. They are used to great effect in the National Trust headquarters building in Swindon. The entire premise of the build was for it to look like an engine shed whilst being one of the greenest buildings in England.